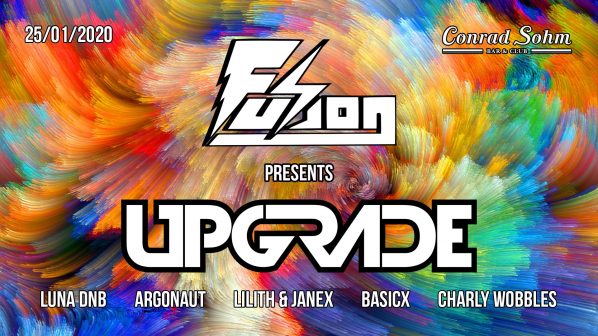 From the moment DJ Upgrade pressed play on a tape pack handed to him by his brother and heard drum & bass for the very first time, he was hooked.

Intrigued by what he heard, Upgrade, aka Sam Smith, borrowed a version of Reason from a friend and from then on his main aim in life became clear; to make drum & bass music. He spent much of his time getting to grips with the software, attempting to replicate drum patterns he heard in his favourite tracks, before moving on to carving out his own unique sound.

And it’s that unique sound which is now starting to draw attention from producers whom he had once looked up to himself, with the likes of Hazard, Micky Finn and Nicky Blackmarket all chipping in with praise and support, no doubt seeing similarities between the start of Upgrade’s musical journey with their own illustrious ones.

The biggest moment of Upgrade’s journey to date, and a moment which gave him even more desire to fulfil his dream, was signing to a label he has always respected; the legendary Serial Killaz.

Handing a CD to label boss Tobie Scopes outside a club seemed like a long shot, but it only took one play of that track in his car for Tobie to spot the potential. He got out of his car, went back to the club to find Sam and asked for more music on the spot. When your music forces someone to do that, you know you’re doing something right.

And if you’ve been to a drum & bass rave in recent months, you’ve probably heard the track that forced the Serial Killaz boss to evacuate his car, too. It’s bouncy, it’s infectious, and it’s called Gunshots. It’s also a tune that encapsulates what he’s all about – making music that makes people want to dance – the fundamental essence of drum & bass.

Not wanting to be pigeonholed as one-dimensional, Upgrade is a producer constantly looking to diversify and evolve, which is what makes him such an exciting prospect. Well aware of the fact it’s an increasingly saturated industry, he’s working harder than ever in the studio to hone in on his production and stay ahead of the game.

With a passion for meticulous production, backing from some of the best and plenty of releases forthcoming, it’s definitely worth keeping an eye on the movements of DJ Upgrade.